skip to main | skip to sidebar

A new family of three...

A really good high school friend of mine had her baby this week!! Monday, November 17th Brock David was born to two very proud parents! I, fortunately, got to go to Arkansas the next day and hold baby Brock before he was even a day old. He's such a sweet little boy and I am so, so happy for you, Jill and David!! It was definitely the highlight of the week! Aren't babies precious?

I know, I know...it's been a while. I wish I could say that I've just been so terribly busy that I couldn't spare a second. But, that's not really the story. There is no story. I've just been a lazy bum this past week or however long (lifetime?). But I'm here now. *yea!!* I've been putting off Conner's Halloween pictures because my camera messed up for some reason and I'm not crazy about the colors or anything and haven't sat down to fix most of them. I'll post them anyway. He's cute enough that the color doesn't make too much a difference, right? Conner was a carpenter this year. Last year (skunk) was a kind of hard one to beat because it was just too cute and funny! So, we went for kind of simple instead. Easy to move around in and so on. Here is the outcome: (he wouldn't wear his adorable hard hat...oh well) 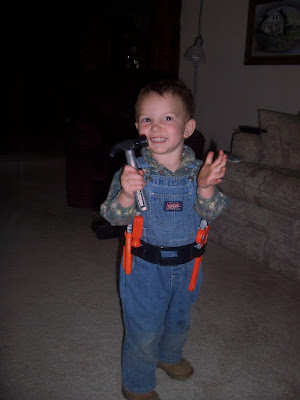 With Uncle "Derbie" and Addison 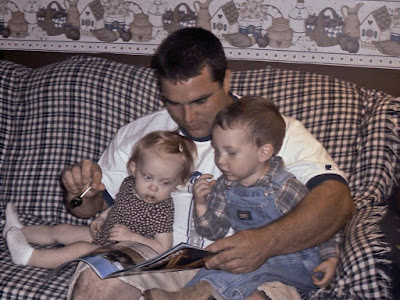 Conner insisted on wheeling this pink cart around at my Grandma Jo's house and would fill in FULL of M&Ms ("emmys). He was just shopping like his mama. 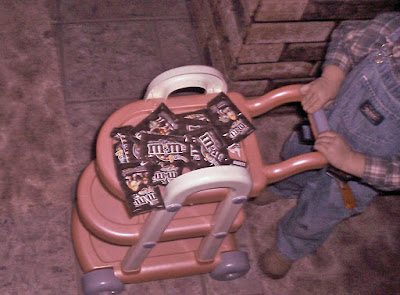 Getting the hang on this candy thing. 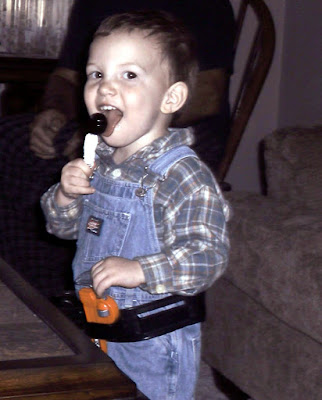 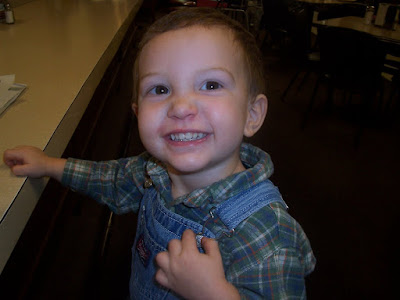